Together Far Apart, is a podcast about the shared challenges of communities that may be far apart on the globe but are united in their hopes and ambitions for a brighter future.

In this episode of the Together Far Apart podcast of UN Moves Meet Esmerelda, a wise, old (but not too old!) Giant Aldabra Tortoise from #Seychelles.

This episode is narrated by Esmeralda – the oldest Aldabra tortoise in Seychelles.  Thought to be around 170 years old, he (yes, despite the name he is a male) weighs over 304kg (670 pounds) and is considered the world’s biggest free-roaming tortoise.

He tells the story of his life living on a UNESCO World Heritage Site, how his species has been taken to the brink of extinction and what is being done in Seychelles to ensure they live on.

Learn more about how the UN works with Seychelles to achieve the country’s development priorities.

Together Far Apart is by the United Nations Office for the Most Vulnerable States (UN-OHRLLS), un.org/ohrlls about the shared challenges of communities that may be far apart on the globe but are united in their hopes and ambitions for a brighter future.

Each episode whisks the listener to a different island community and explores their particular set of challenges through interviews and analysis but also celebrating their lives through sound and music.

The first season of Together Far Apart focuses on Island Voices; a series of episodes from Small Island Developing States (SIDS) which delve into issues ranging from seagrass conservation in Seychelles to renewable energy in Mauritius and culinary heritage in Barbados. 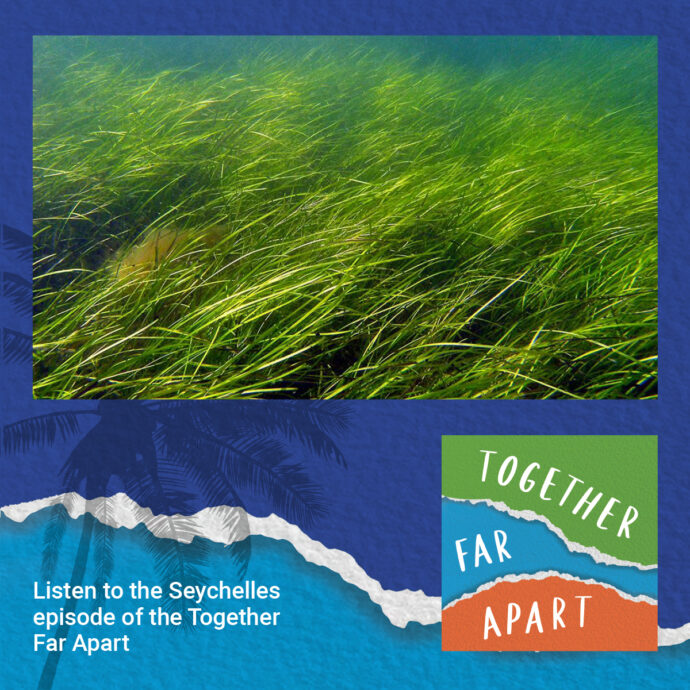